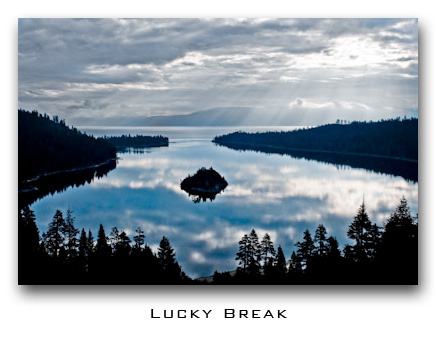 It’s been a great summer even though the weather was not as consistent as usual. During the summer I made a few new images and showed my work at a couple of different places. The image above was a Lucky Break. I was on my way to photograph a pileated woodpecker nest on the west shore and I was a little disappointed when I woke to find heavy cloud cover. I wanted the woodpecker nest in early morning light but I decided to go anyway.

I got excited as I approached Emerald Bay as the sun broke through the thick clouds and god rays were hitting the lake. When I made the turn around Devil’s Slide I caught a glimpse of the bay and the clouds reflecting on mirror like water. Quickly I pulled into a turnout, set up my tripod, made a few images, then continued on to find the pileated. When I edited my images from the days shoot, this image popped off the screen. What a Lucky Break!
Oh, by the way, here’s a photo of the pileated at the nest: 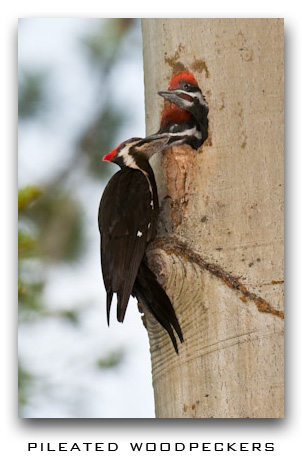 Another day in the Rhythm.
http://stamates.com