Don’t look for parts 1-3, they’ll be coming later. We had a terrific workshop even with the closure right in the middle of it and I will share more about it later. For now I’m pretty excited to tell you of one of our adventures.

Kathy and I hung around the park a few extra days after the workshop looking for opportunities outside the park boundary as the park was closed. We heard about an owl hunting along Spring Gulch Road and decided to see if it was still around. It was a Great Gray Owl! And we were excited! We had photographed one inside the park a few days earlier and were disappointed we might not get a second chance with the parks closed.

I photographed it for most of the day as it hunted the grasses near an old ranch. Most of the time it flew from fence post to fence post, stopping long enough to listen for rodents scurrying in the grasses. Every once in a while the owl would dive toward a noise it heard, sometimes it would come right back up to a post and other times it would take a few minutes as it fed on it’s catch. After a full day and over 600 images I still didn’t have what I wanted. 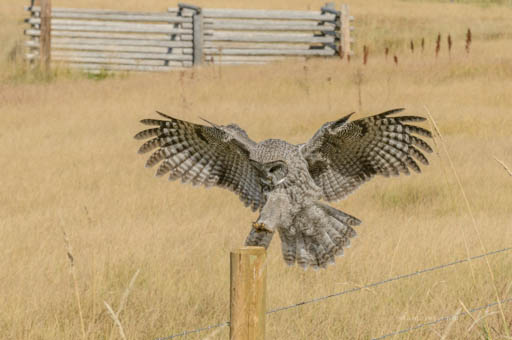 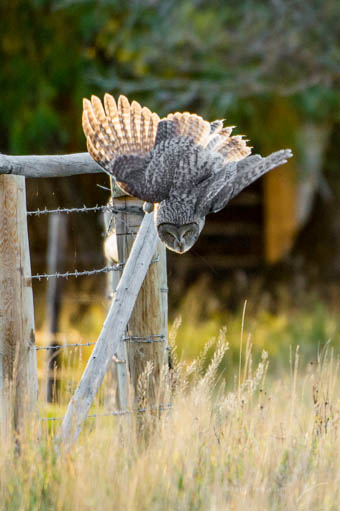 Diving for a meal. 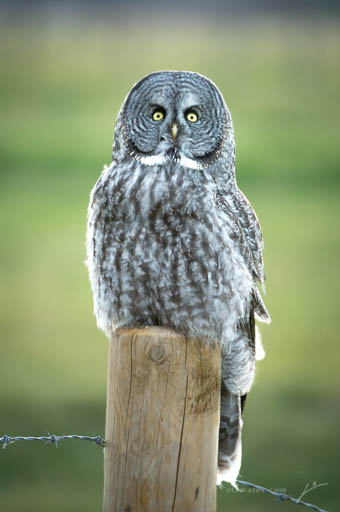 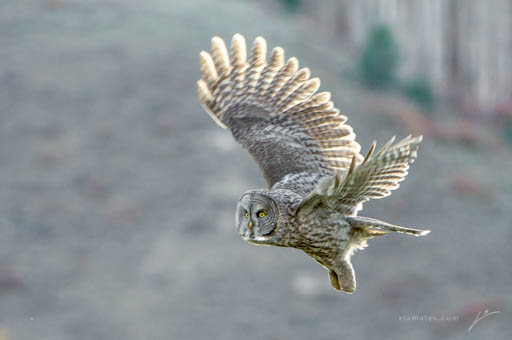 Close to what I’m after but not quite.

The next morning I went back for another attempt. I arrived before dawn, the light was just getting to where I could photograph. After finding the owl, we watched as it hunted for breakfast far off in the field, it finally came closer. I hung around the fence hoping he would fly toward me. He did! Only one fence post away. 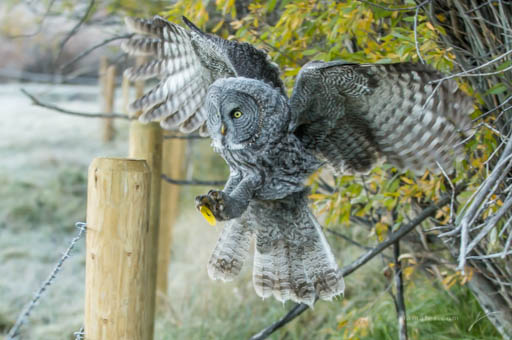 Here it is coming up from a meal and landing on the fence post right in front of me.
Notice the leaf caught in the talon. 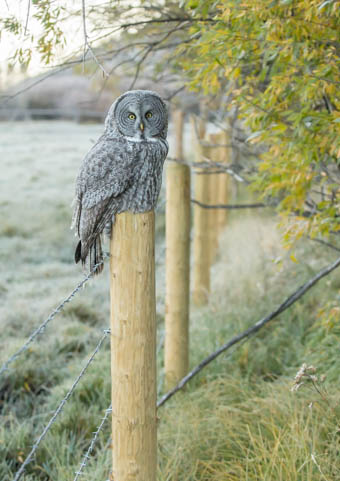 I shot this at 70mm just one fence post away.
He had the opportunity to land anywhere and he choose to land right next to me!
I decided to give him some space and moved back slowly. 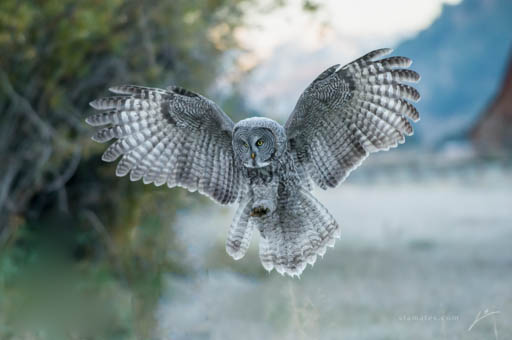 This is the one I was after!
Here’s looking at you.